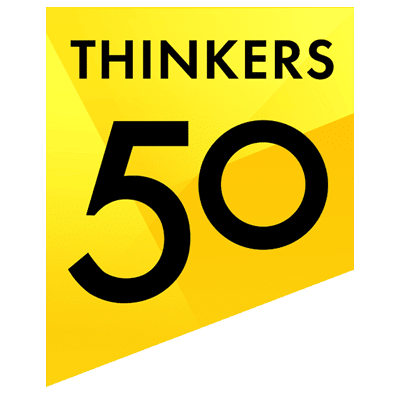 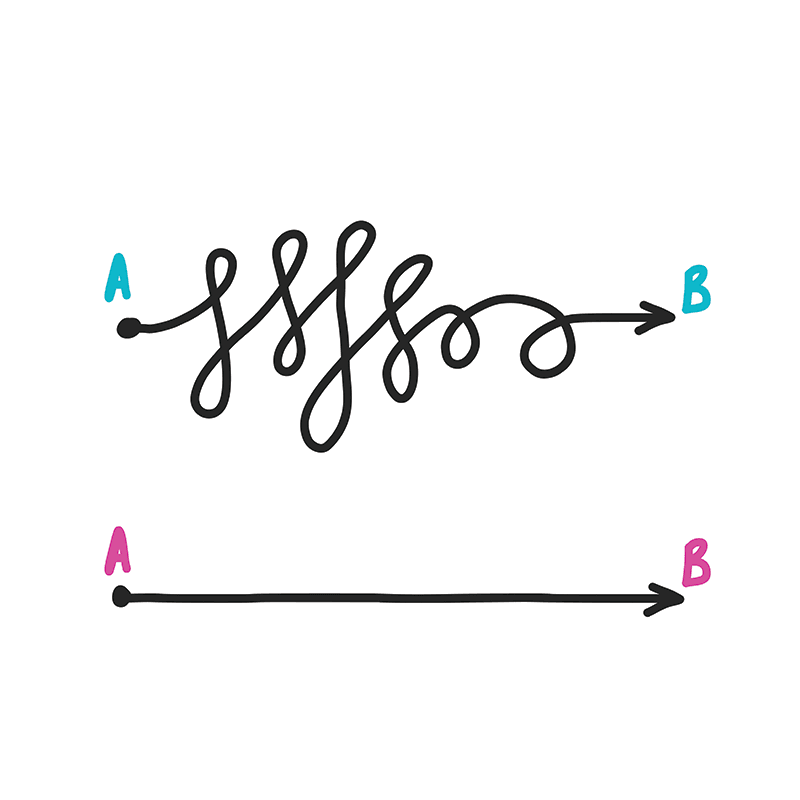 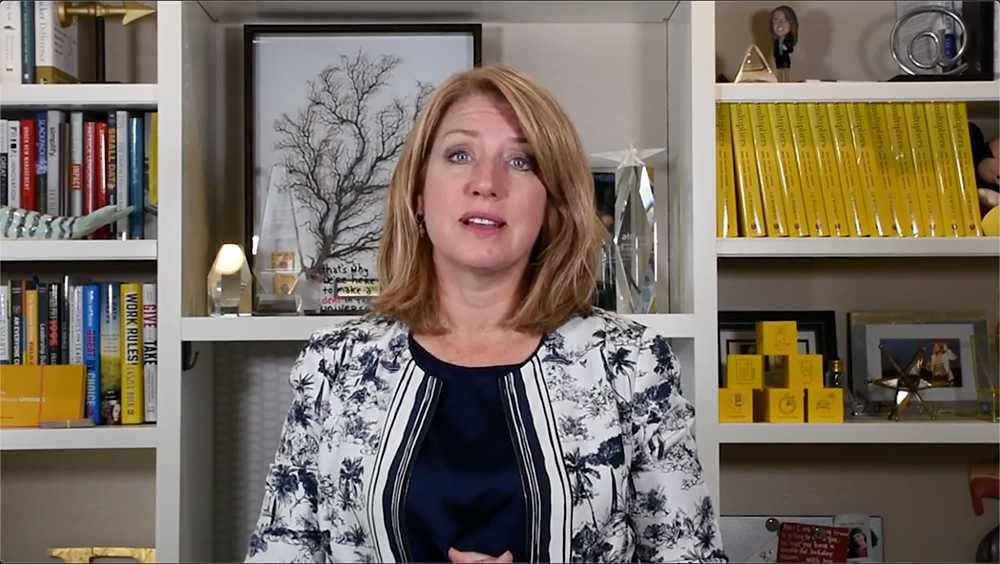 The Space Between Intention and Action

Liz Wiseman, Excerpt from Work is Love Made Visible

Growing up with a perpetually pessimistic and overly prescriptive father trained me to see the gap between intention and action…those moments when our behavior falls short of our good intentions.

The French artist Paul Gauguin once said, “I shut my eyes in order to see.” My own life experiences have taught me how to see in the dark—to observe the invisible and to read the unwritten, unspoken words that reveal obscured truth. It’s a skill I acquired at a young age.

My father was a gruff man who was hard on the people around him. He was raised in a good family and worked with his father and brother in the family business. But, when a disagreement about how to run the business evolved into an impasse, my father not only left the business, he left his family, vowing to never speak with them again. Tragically, he never did.

With his own family (a wife and four children), he oscillated between two modes: 1) a grumpy, curt, know-it-all who told everyone what to do and how to do it, and 2) a sullen and withdrawn recluse, often retreating to the TV room. He had a knack for saying the wrong thing and pushing people away. Around my father, it was easy to be offended or hurt. Some in our family viewed him as cold-hearted and unkind. Yet, for some reason, I saw him differently. While I clearly observed (and experienced) his gruff exterior, I could also see underneath it. On the inside, I saw a man who was hurt and deeply wounded: a tenderhearted, good father who just didn’t know how to show love and concern. It was obvious to me that his bossy behavior was actually a misguided attempt to keep his children from making similar mistakes to his own. I can’t recall ever hearing him say, “I love you” to me or anyone else, yet I always felt loved. As his good intentions became more visible to me, I was less affected by his critical behavior, and we developed and sustained a wonderful relationship. Unfortunately, there were others who didn’t see beyond his behavior and their relationships didn’t fare as well.

Growing up with a perpetually pessimistic and overly prescriptive father trained me to see the gap between intention and action. The empathy I gained by understanding my father helped me develop compassion for all of us who suffer bouts of hypocrisy—those moments (or entire phases) when our behavior falls short of our good intentions. It sensitized me to the disconnect that occurs when one person judges himself based on his positive intentions while others judge him on his negative behaviors. I certainly had witnessed how misunderstandings and problems can grow in the dark, dank space between intention and actions.

When I graduated from college and began my career, I encountered dozens (if not hundreds) of people like my father—overly bossy bosses and know-it-all colleagues. I saw how these leaders, determined to be the smartest in the room, actually shut down and pushed people away. In their barrage of brilliance, they diminished the people around them. Later in my career when I began to research this dynamic, I discovered that these “Diminisher” leaders got less than half of the intelligence and capability of the people who worked for them while, in contrast, “Multiplier” leaders were rewarded with the full intelligence of their employees. The economics were compelling: compared to their diminishing colleagues, these multiplier leaders were getting twice the capability out of their people, all for the same .

As I did more research and heard from thousands of people who were stuck working for Diminishers, I realized there was more at work than just economics—these leaders left deep emotional craters. People who are shut down, limited, and bullied at work feel the toxic effects seep into all aspects of their lives. Employees with Diminisher bosses consistently reported experiencing increased stress, reduced confidence, low energy, depression, poor health, general unhappiness, and more. And the collateral damage didn’t stop there; if not addressed, diminishing usually intensified. The majority of individuals also reported that they carried stress home—becoming angry and irritable, complaining more, and withdrawing socially.

Among the hundreds of comments in our , there were two that especially struck me. One person wrote, “I doubted I could do anything right, and I doubted that anything I had done had been right. I felt like I was a disappointment to my family, my friends, and my coworkers. I unfriended most everyone on Facebook/Google+, had massive depressive episodes, and even contemplated ending my life.” The other heart-wrenching story was from someone who said that the stress and self-doubt got so bad, “I couldn’t even take care of my dog.” These short-sighted leaders were costly to their organizations and levied a burdensome tax on their employees.

Many of the Diminishers I studied were legitimate bullies—the type of managers who attempt to be big shots by making others small. But as I’ve continued my research, it’s become clear that the vast majority of the diminishing happening inside our workplaces isn’t coming from these narcissistic tyrannical jerks; rather, it is done with the best of intentions by what I call “Accidental Diminishers”—good people trying to be good managers. Just like in the movies, sometimes the good guys are actually the bad guys.

These Accidental Diminishers are well-meaning, decent managers, yet despite having the best intentions, they shut down the intelligence of others. In studying these leaders, I was struck by two findings: 1) despite their positive intentions, the Accidental Diminisher’s negative impact was often as great as that of the overt Diminisher, and 2) very few of these well-meaning leaders understood the restrictive impact they were having on others. For the most part, they felt they were doing the right things. Many had grown up praised for their personal intelligence and had moved up the management ranks on account of their personal—and often intellectual—merit. When they became “the boss,” they assumed it was their job to be the smartest person in the room and to manage a set of “subordinates.” Or, much like the “helicopter parent,” they assumed their interventions were helping, not hurting, those in their charge.

Most of these overly helpful managers were mortified when they realized the diminishing effect their style of management was having. When one executive at 3M recognized how her well-intentioned actions had actually been shutting down others, she went on a mission to find former employees and colleagues, apologize for her misguided actions, and better understand how her seemingly helpful actions had actually done damage.

Seeing into the Cracks

If any of the above ring true or produce a pang of guilt, you might just be an Accidental Diminisher. But while our growth as leaders might start with a hunch based on your own insights, it shouldn’t end there. You’ll learn more by asking the people you lead to share their insights. The damage of the Accidental Diminisher is done in the dark, without awareness, which means it’s hard for the manager to see. For leaders to become intentional in their impact, they must train their minds to see the effect of their behavior rather than simply the intent of their actions. Leaders must learn to view their actions through the lens of their closest customers— their employees. Here are some questions you might use to elicit this feedback:

Becoming a Multiplier often starts with becoming less of a Diminisher. This usually means doing less: less talking, less responding, less convincing, and less rescuing of others who need to struggle and learn for themselves. When we feel the need to be big, let it be a signal that we need to shrink a bit and dispense our views in small but intense doses. And when our instincts tell us to help more, we might need to help less. Often the best leaders have a small footprint but a deep impact. They leave room for others to contribute and grow around them.

With self-awareness and simple workarounds, otherwise good managers can become great leaders. Here are four simple but powerful starting points for aligning your intent and your impact and leading in a way that causes others to step up rather than pull away:

As a leader, having good intentions is necessary, but insufficient. Becoming a great leader requires us to understand how our most noble intentions can have a diminishing effect, sometimes deeply so. When leaders see only their good intentions, they operate with a one-eyed view of the world, often leaving behind a wake of misunderstanding, disengagement, and unfulfilled aspiration. It is only when leaders combine self-knowledge with the perceptions and reactions of others that they can see clearly. As leaders come to realize how their best intentions go awry, their vision becomes sharper and wider, and, in the words of Robert Frost, their “two eyes make one in sight.” With this insight, wise leaders both adjust their actions and clarify their intentions by reaffirming their faith in the capability of their teams.

Having better optics into this murky space between intention and impact not only presents a growth opportunity for leaders, it holds promise for our role as followers and collaborators. When we find ourselves frustrated by the actions of our leaders, we would do well to look beyond the particulars of their behavior. Instead of getting caught up in the noise, we can ask ourselves, “What might be their most noble intent? How might they be trying to help me succeed?” As Thoreau said, “It’s not what you look at that matters, it’s what you see.” When we choose to see the best intentions of those around us, it invites both parties to work at the higher level of their intent rather than settling for the lower level of misunderstanding. As a young woman, I could have fixated on my dad’s inadequacies, pining for a father who was more affirming. Instead I set my sights on the better part—the good intentions that he struggled to express. Like the traveler in Robert Frost’s famed yellow wood, choosing that path has, for me, made all the difference.

When we align our actions with our true intent, we become leaders who bring out the best in others (even if it’s a micromanaging boss or a difficult father). And it promises more than economic advantage; it defines our legacy. How do we want to be remembered as a leader? As someone with a big personality, or someone around whom other people grew? When employees are overlooked or underutilized, work is exhausting, even painful. But when leaders create conditions where people can contribute fully and whole-heartedly, work is exhilarating. Work becomes more than a mere job or even a career; it becomes a joyful expression of our most complete selves. Truly then is work love made visible. 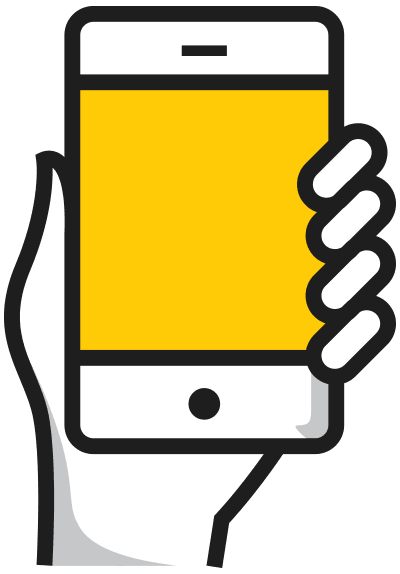